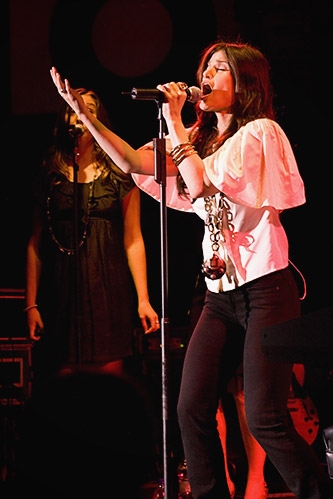 In a few hours, I’m going to see Idina Menzel at the Birchmere. I’m not sure about her solo music – I’ve never heard it. But I do know she’s one hell of a singer, so it should be entertaining.

In preparation for this evening, I listened to the Wicked cast album today. (Seriously, girl can sing.) I could go on and on about how much I love this album, this show, and how it should have won the Tony (no offense, Avenue Q), but I won’t. I discovered the show in late 2005, which is about the time I decided I needed to change my situation and leave Chicago. So, like any other female between the ages of 16 and 30 during the Wicked craze, I felt like the show spoke to me.

“Something has changed within me. Something is not the same. I’m done with playing by the rules of someone else’s game.”

Man. Sometimes I hate being a cliche. But seriously, who can’t relate to those lyrics?

Video of the Day: While preparing for this evening I came across this video, which is kind of awesome. (And yes, I do prepare for concerts. Doesn’t everyone?) Watching this is guaranteed to put a smile on your face. I love you, Raul Esparza.