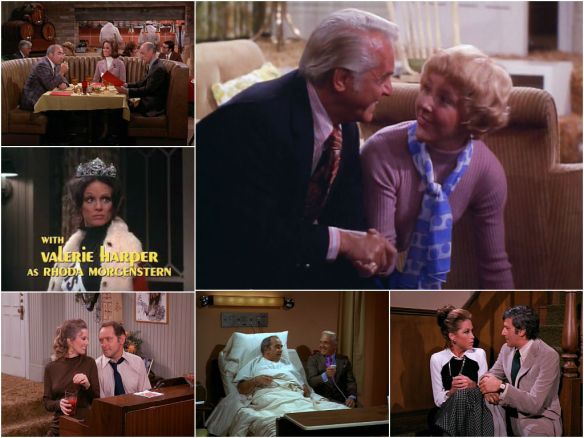 Happy summer, Retrowatchers! At long last! I had my doubts as to it ever being warm again, but am writing this while wearing a sundress sporting a tan. Let’s all breathe a collective sigh of relief: Ahhh!

We’ve made it to the end of season three. And what a season it has been: Lou Grant bought a bar, had a bullet removed from an unmentionable area, and went on an awkward Man Date with Mary’s father. We finally met Mary’s parents and Rhoda’s dad. Rhoda won a beauty contest, pondered a move to New York, and (spoiler alert) opened her own store. Ted hired an agent and briefly dabbeled in commercials, became temporary BFF’s with Lou, and got a girlfriend. Phyllis, of all people, came out of the season the most progressive, encouraging Mary to go out for a promotion and hardly batted an eye when she found out her brother is gay. Murray…well…nothing much happens to our Murray. (Nothing ever happens to Murray.) As for Mary – she had quite a year as well. She finally got a raise, reconnected with her father, and nearly got engaged before realizing she’s not looking for Prince Charming. (Retrowatching HQ remains firmly #TeamDanWhitfield.) We met some new people – some good (Georgette, Walter Richards, Ben Sutherland, Philly); some not so good (the majority of Mary’s dates, most especially he-who-shall-not-be-mentioned-again, Warren Sturges.) The writers started to change structure a bit in season three, experimenting with subplots and comic runners. These mostly went to Ted; a few went to Rhoda. And speaking of writers, the question still remains: Who is this season’s MVP?

The answer will be revealed at the end of this post. First, let’s finish out season three. This time, we will discuss episodes 21-24, including:
Episode 21: Murray Faces Life
Episode 22: Remembrance of Things Past
Episode 23: Put On a Happy Face
Episode 24: Mary Richards and the Incredible Plant Lady

END_OF_DOCUMENT_TOKEN_TO_BE_REPLACED 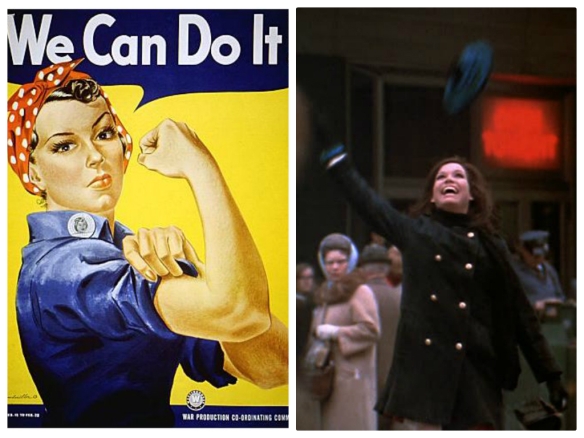 Hello, Retrowatchers! Are you enjoying the spring yet or living in fear of winter making one (more) last appearance? I’m a little bit in between. I want to believe, but can’t quite give myself over entirely.

Before we jump into this week’s episodes, I’d like to recommend a show I recently started watching, though it has been on my radar for a year: Orphan Black. Retrowatchers, this show is ANYTHING but retro; it is modern in every sense of the world. And boy is it fun. I don’t want to say too much as it has a rich mythology – episodes must be watched in order – but I cannot recommend it enough. Every episodes ends with a new twist. You will be surprised and delighted by its star, Tatiana Maslany. And last, the show manages to wonderfully walk the tightrope that many sci-fi shows stumble upon – incorporating its fantasy and mythology elements while still making the show accessible to non-science fiction geeks such as myself. (See also, Vampire Slayer, Buffy.)

But enough chat about current TV shows. Let’s jump into the latter part of Mary Tyler Moore’s third season. This week, we discuss episodes 17-20, including:
Episode 17: My Brother’s Keeper
Episode 18: The Georgette Story
Episode 19: Romeo and Mary
Episode 20: What Do You Do When the Boss Says I Love You?

END_OF_DOCUMENT_TOKEN_TO_BE_REPLACED

Happy spring, Retrowatchers! Has this been the worst, most dragged out winter or what? It’s still not quite over – there are reports of more snow in the DC area next week. Ugh, ugh, ugh. I don’t think I have ever craved warm weather so strongly before, and I’m a beach bum who loves summer!

It’s still winter in Minneapolis as well, as this batch of episodes finishes out the year and brings us into 1973. What will the new year have in store for Mary and the gang? Let’s find out.